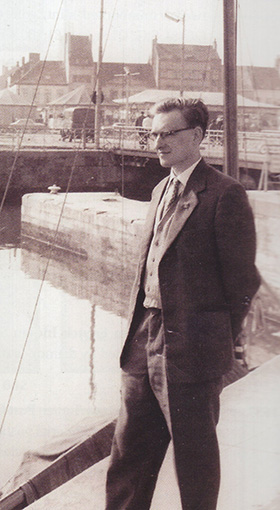 Ray Benns was born in Suffolk on January 12 1936 and his tragically early death at the beginning of October 1991, at the age of just 55, was not only a devastating blow for his wife and son, but also for serious collectors of Indian States around the world.

Ray had already produced more published work for India Study Circle for Philately than any other contributor, including Alwar: Postage Stamps and Postmarks (1982), Bamra; its postage stamps, postmarks, postal stationery, forgeries and fiscals (1982), The Sacred Cow Issues of Bundi (1986) and The Stamps of Wadhwan (1990). His writings were a model of research and remain essential for collectors of these difficult subjects to this day.

His obituary in the Indian Study Circle (I.S.C.) Journal recalled that Ray "taught himself to read Urdu and Hindi by comparing the native characters in postmarks. He turned the stamps over and studied the weave and mesh of the paper. When personal computers came onto the market, he developed a system for doing plating studies on disc (He. hoped to lodge these in the Library). Ray had great plans for the future, particularly with forgeries and less studied States. Alas it was not to be.''

The remarkable collection formed by this leading expert was offered (almost! - Ed) intact, at Grosvemor Auctions London on the 20th September 2018, as a potential service to future research.

Below is a few wonderful hand-drawn maps by R J Benns – inserted pages in his collection – that illustrate well the man’s absolute passion for the hobby! 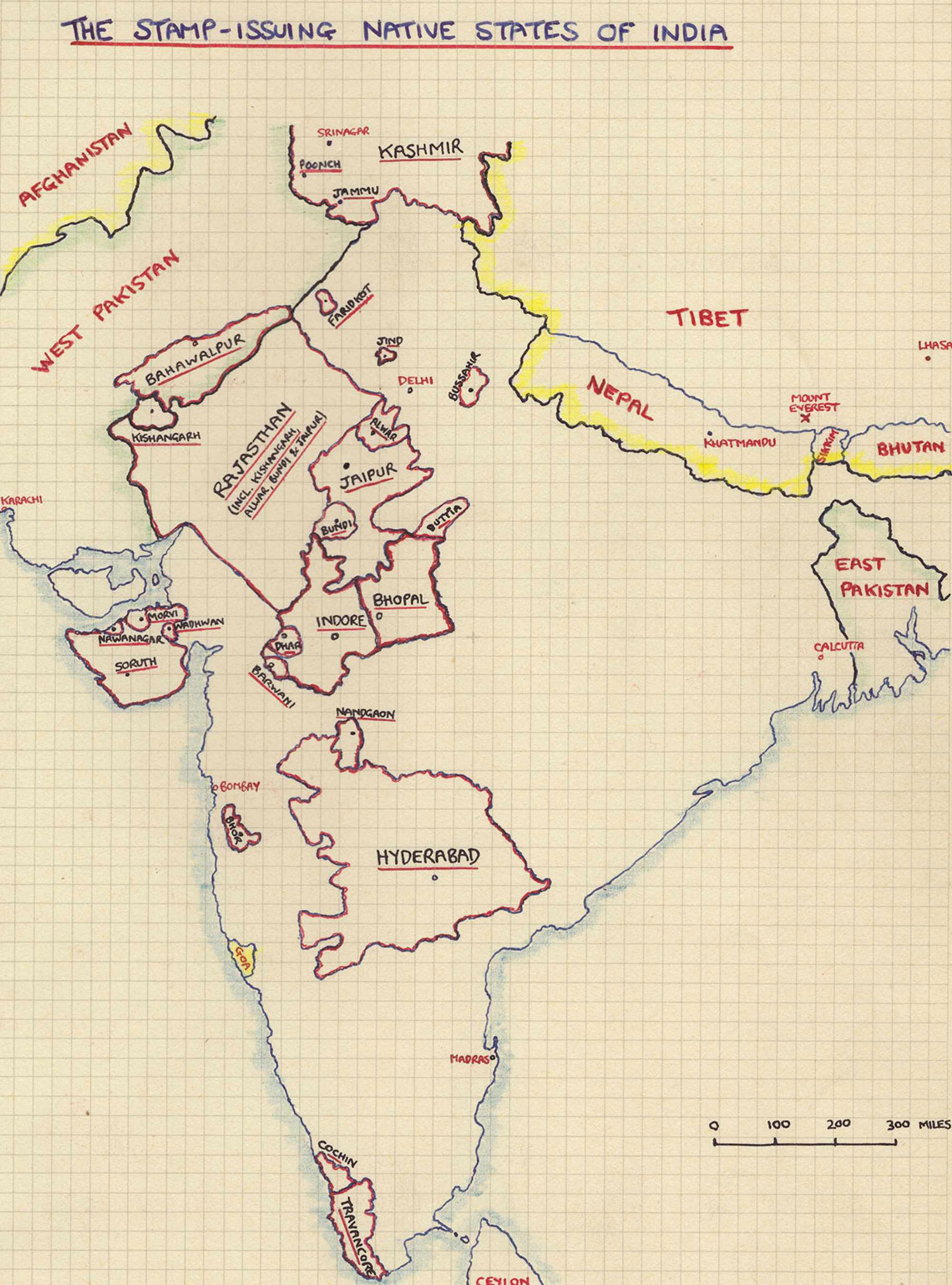 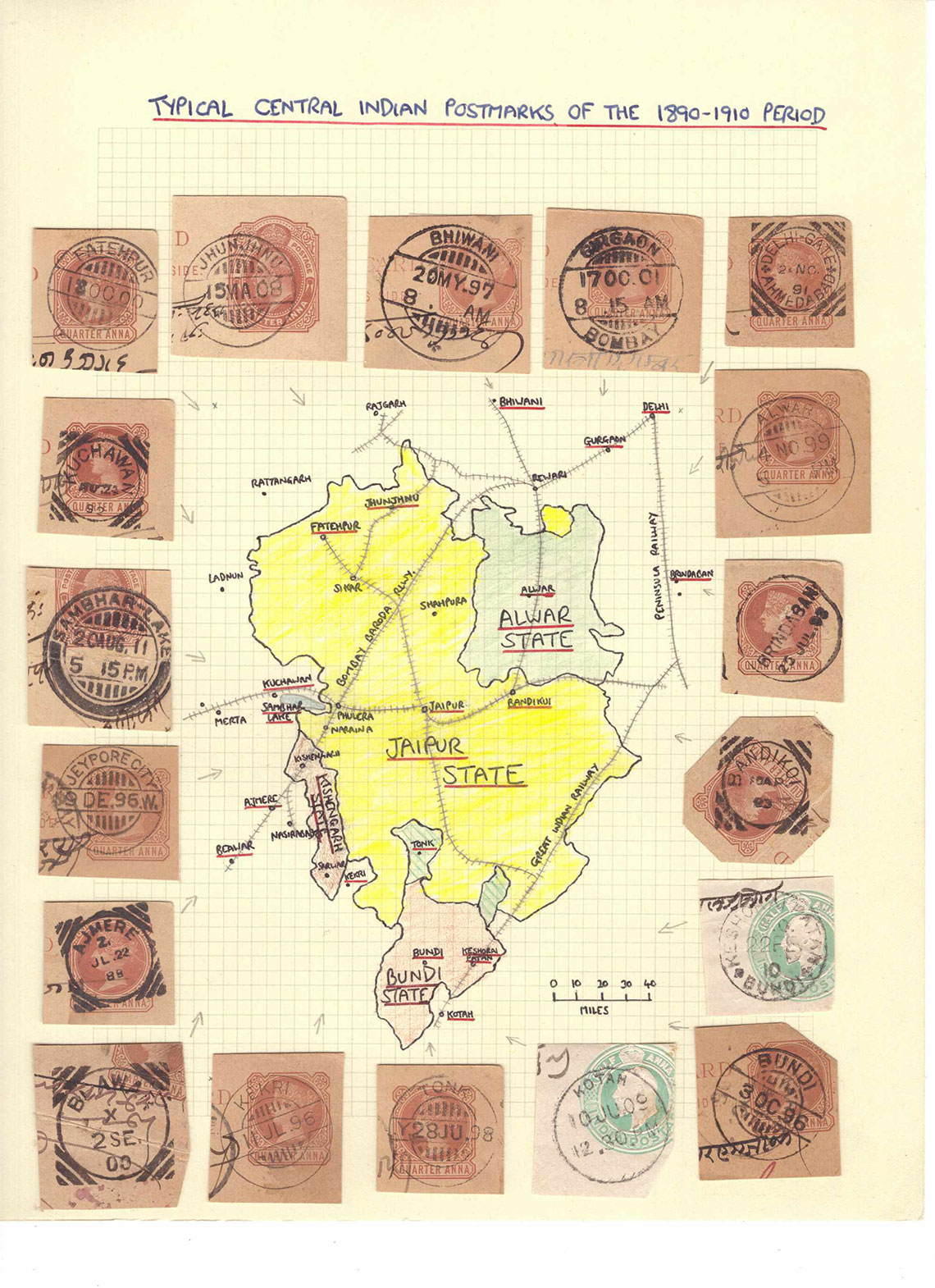